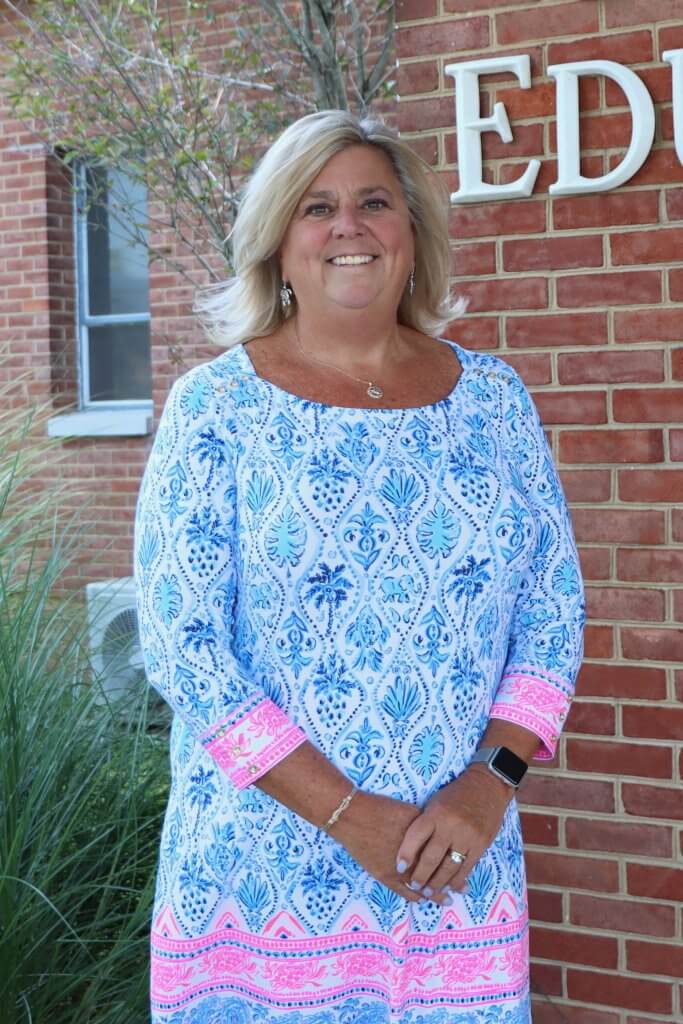 Dr. Kelly L. Griffith currently serves as Superintendent of Talbot County Public Schools. She holds a doctoral degree in Educational Leadership and Innovation from Wilmington University, and a master’s degree in Educational Administration from Salisbury University. She has been an educator for thirty-eight years of which she has worked thirty-three years in the Talbot County Public School system. Dr. Griffith began her career in TCPS as a teacher. She then served as an assistant principal, principal of Chapel District Elementary, Easton Elementary, Easton Middle, and Easton High Schools, Director of Student Programs and School Improvement, and Assistant Superintendent of Administrative Services, before being appointed as the Interim Superintendent in 2013. She was officially appointed TCPS Superintendent in 2014 after a national search was conducted.

Dr. Griffith has been involved in a number of educational and professional associations including: the Eastern Shore of Maryland Educational Consortium (ESMEC) (President- 2017-18), current President of the Public School Administration Association of Maryland (PSSAM), Maryland Association for Elementary School Principals (President-2005), Team Leader for Middle States Accreditation visits, Maryland Teacher of the Year Judge, Maryland Principal’s Advisory Council for MSDE, Maryland Association for Secondary School Administrators, Member of Every Student Succeeds Stakeholder Committee, CEASOM Committee member since 2012, and Executive Board Member of Maryland Negotiations Services. In addition, she has presented at numerous conferences across the state and nationally.

Dr. Griffith remains involved in the community as an Easton Rotarian (currently President-Elect), a member of the Talbot Family Network, Talbot Mentors, Junior Achievement Board and the Local Emergency Preparedness Committee, and is an Executive Board Member of the Talbot County Chamber of Commerce.  She continues to volunteer for the Waterfowl Festival, Meals on Wheels, and Junior Achievement.  She lives in Grasonville with her husband Barry and they have three adult sons: Jake, Brady, and Wyatt.

The Talbot County Board of Education is committed to promoting the worth and dignity of all individuals. The Board will not tolerate or condone any act of bias, discrimination, insensitivity, or disrespect toward any person on the basis of race, color, sex, gender, gender identity, sexual orientation, age, national origin, religion, socio-economic status or disabling condition.